A few weeks ago I wrote an article about the unenforceability of the contract in The Little Mermaid. I have good news for those who enjoyed that article and are craving some light hearted, and hopefully informative, reading during this stressful time. Because I’ve been quarantined with my toddler for a few weeks now, I’ve had the “pleasure” to watch and re-watch dozens of our favorite Disney classics. And what I’ve discovered is there are tons of legal issues packed into each one, providing gobs of material to overanalyze. Criminal lawyers would have a million topics to dissect (murder, theft, abduction, sexual assault, etc.), but I’ll stick to the unsexy legal topics like Snow White’s civil trespass on the property of the Seven Dwarfs.

Here’s what you need to know about the oldest Disney animated film: Snow White’s evil stepmother, the Queen, is insanely jealous of Snow White’s beauty. Because her magic mirror confirms that indeed, Snow White is the fairest of them all, the Queen tells the huntsman to take Snow White into the woods and kill her. The huntsman can’t bring himself to do it, and tells Snow White about the evil Queen’s plot. Being the gentleman that he is, he leaves her to fend for herself in the forest. Luckily, Snow White happens upon a slew of untamed yet non-aggressive wilderness creatures who lead her to a little cottage in the woods.

The door is unlocked, so Snow White lets herself in. The house is a dirty disaster inside, so naturally she concludes that the only logical explanation is that seven unkempt orphans live there. She enlists the animals to help her clean up the house while singing at the same time. She’s so exhausted from the cleaning and singing that she has to take a nap in one of the orphan/dwarf’s beds. When the dwarfs return home from a long day of mining, they nearly kill her with an assortment of pick axes, clubs and bats, before realizing that she’s just a beautiful girl with no mental health problems. The dwarfs, who have seven drastically different personalities, become great friends with Snow White, and eventually lead a handsome Prince to kiss her at her bedside which breaks the Queen’s spell. 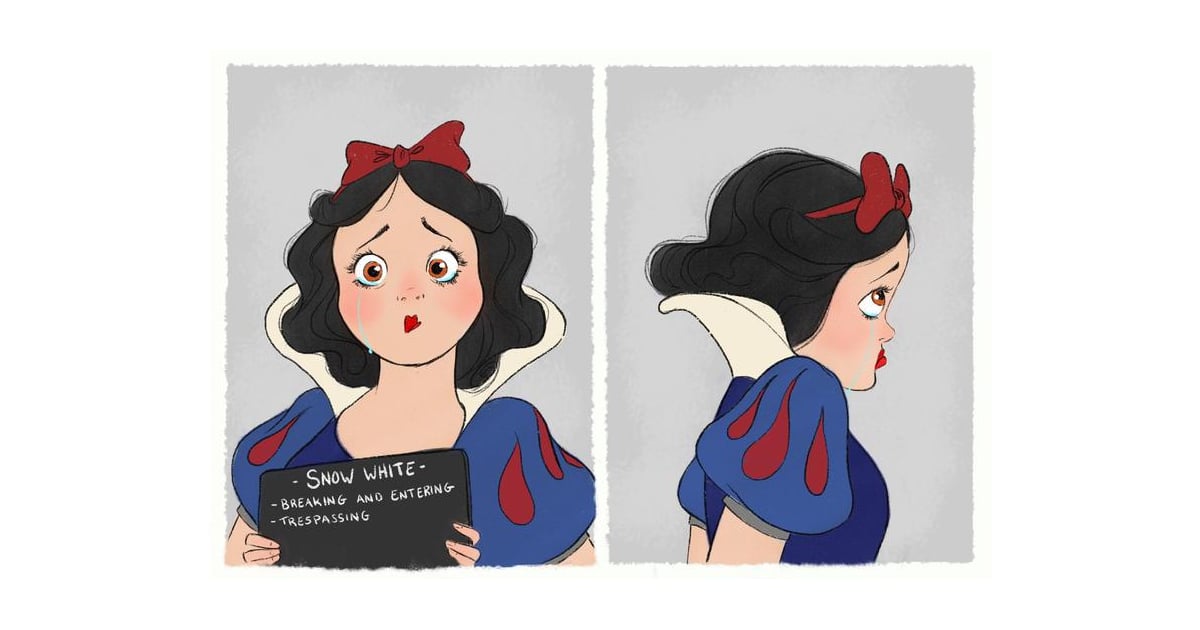 Snow White was lucky the dwarfs didn’t sue her for trespass. In Texas, to succeed on trespass to real property claim, the seven Plaintiffs/Dwarfs would have to show the following:

Snow White, the potential defendant in this situation, would probably be able to justify her actions with the privilege defense. To succeed on the privilege defense, Snow White would need to show that she entered the property to avoid serious harm. If I were her lawyer, I would certainly argue that a naïve teenager alone in the woods wouldn’t last very long, especially when the evil Queen is on a mission to kill her. Thanks to Snow White’s quick thinking, she was able to avoid certain eventual death. It’s important to remember though, a person who uses the privilege defense is still liable for property damages. Luckily, that didn’t happen here.

This animated classic is a perfect example of many of the issues to consider with trespass claims and defenses. If you have been harmed by an unwanted guest on your property, or if you are the one who is accused of the trespass, I’ll be Happy to help sort through your legal options and determine a plan of action.

If you have any questions or would like more information about labor and employment, please contact Christin Grant Petty at 713.220.9128 or cgrant@hirschwest.com.